The Obic Seagulls advanced to the Pearl Bowl championship after handedly defeating the Lixil Deers 35-7. Today marked the first time newcomer QB Ikaika Woolsey played a full game, and what a debut it was. Woolsey ran for 59 yards and two touchdowns as well as going 16 of 24 for 281 yards with two TDs against one pick. He distributed the ball nicely between his receivers, finding Taro Mizuno on three key third downs. Mizuno finished the game with 100 yards and one touchdown. The running attack was by committee with five different players receiving multiple carries. The highlight was a 70-yard lightning-quick run by Keita Naruse for a score. The offensive line had an excellent game for the second week in a row and didn’t allow a single sack. The matchup between Obic’s offensive line and the defensive line of IBM will be the key clash in the championship game.

Lixil stuck to the characteristic conservative play they’ve displayed throughout the Pearl Bowl, but found Obic’s defense too much to handle. The Deer’s ground attack, their usual bread and butter, was completely neutralized gaining only 19 yards on 24 plays. Obic tallied nine tackles for loss and Lixil’s game plan had any answers. One particular head-scratching series came right after Lixil’s play of the game when Kodai Okamoto made a great read to break on the ball and intercept an otherwise well-thrown ball. That set up his offense in Obic territory. At that point, Lixil was only down two scores and a solid series would bring them right back into the game. Instead, Lixil ran the ball three straight times for a total of two yards and then punted. They opened up the playbook once they were down three scores, but couldn’t recover. Their lone score didn’t come until two minutes remaining in the game.

Andre Reed and Wes Welker Players of the game: #83 was represented well by both clubs today. Obic’s #83 Taro Mizuno caught three balls, all on third down, for 100 yards receiving and a touchdown. The TD came on a particularly athletic play by Mizuno catching a mid-range ball, giving three defenders the shake and bake, and winning the footrace to the end zone. Not to be outmatched, Lixil’s #83 Satoshi Ishige caught six balls for 109 yards including both of Lixil’s third down conversions. 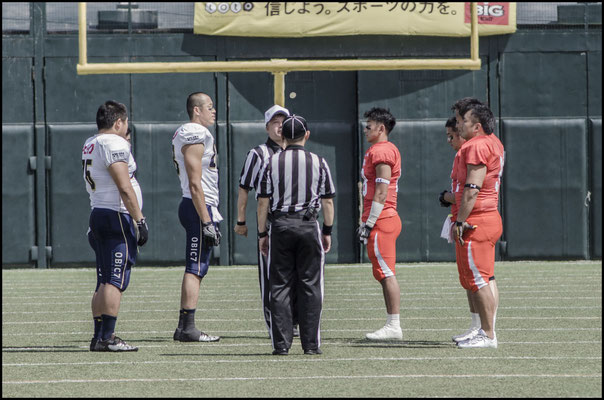 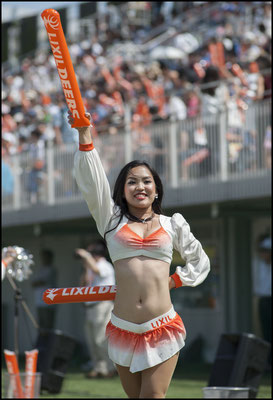 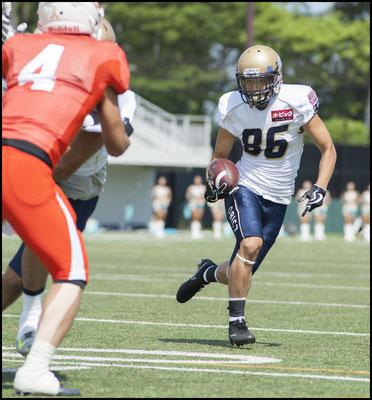 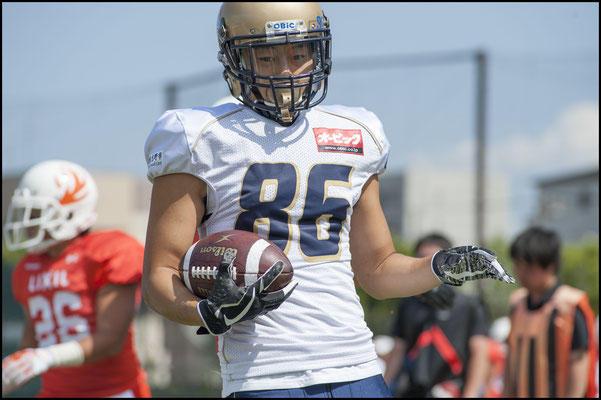 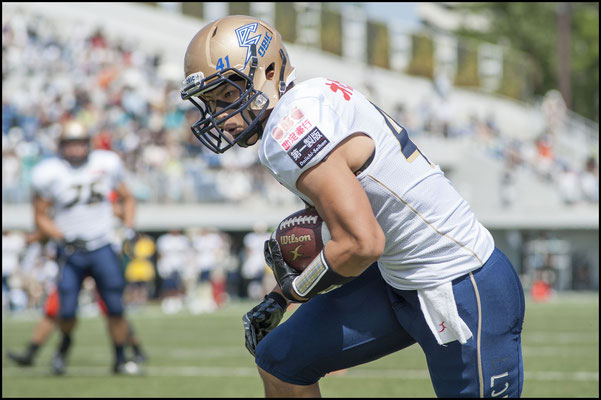 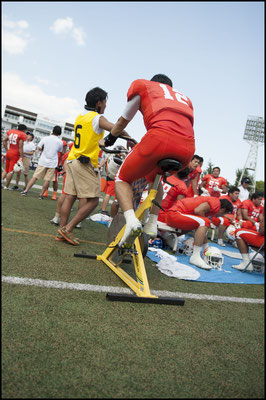 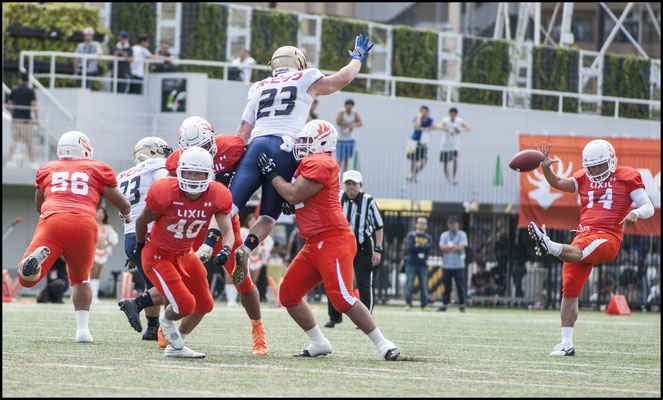 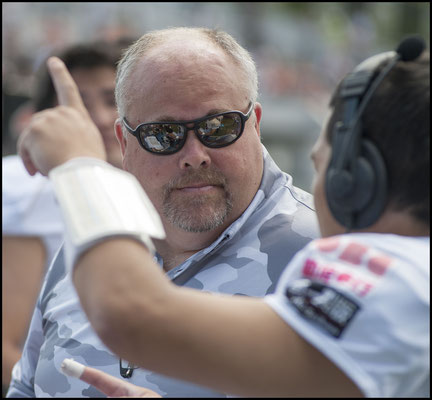 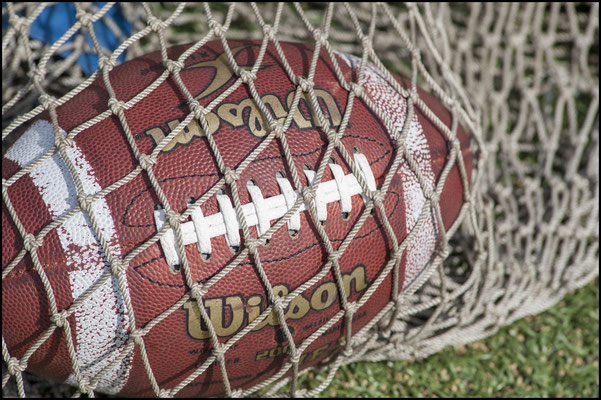 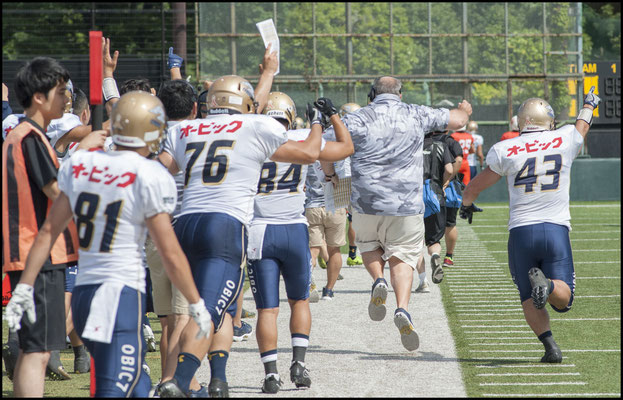 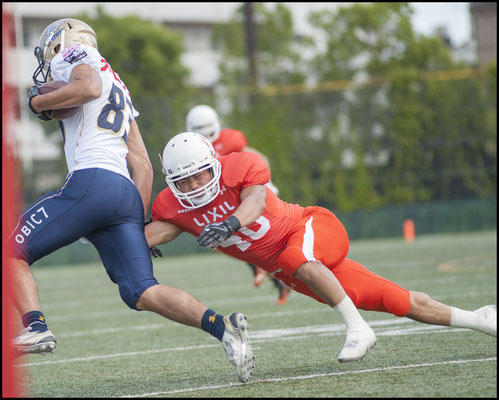 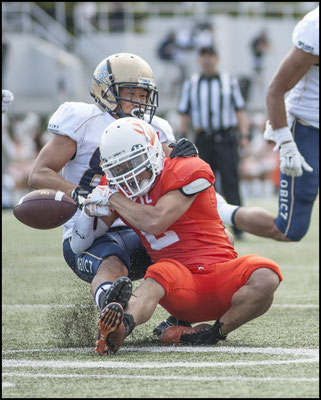 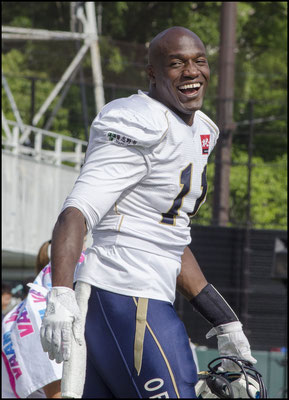 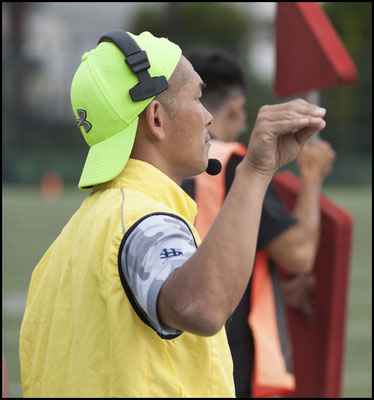 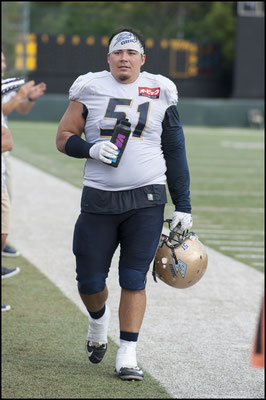 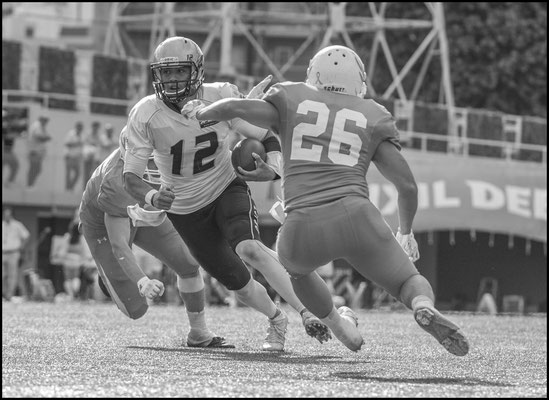 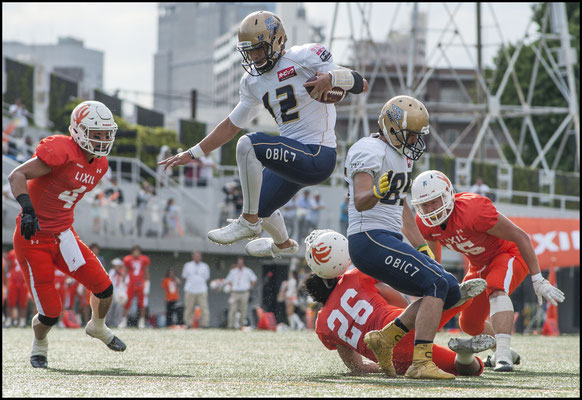 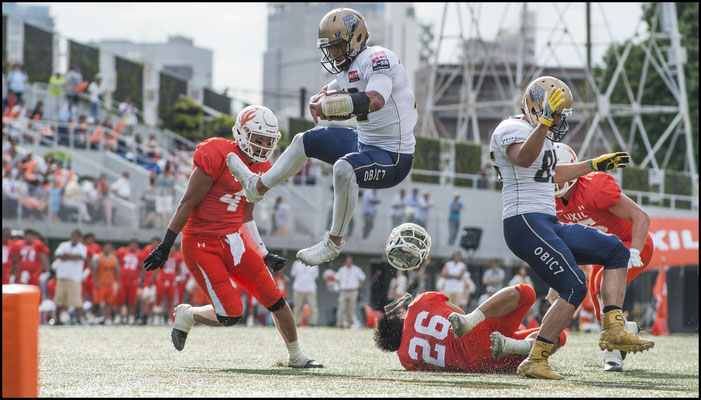 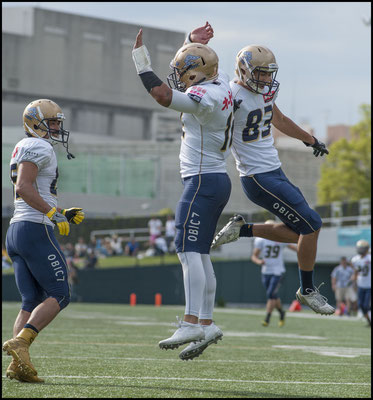 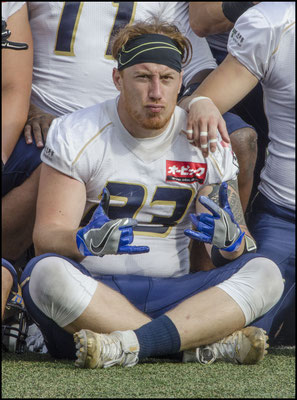 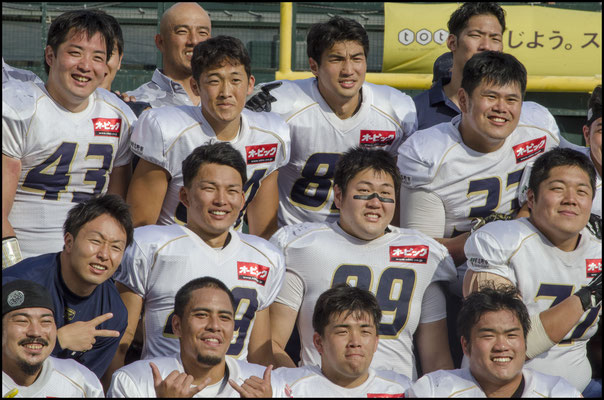 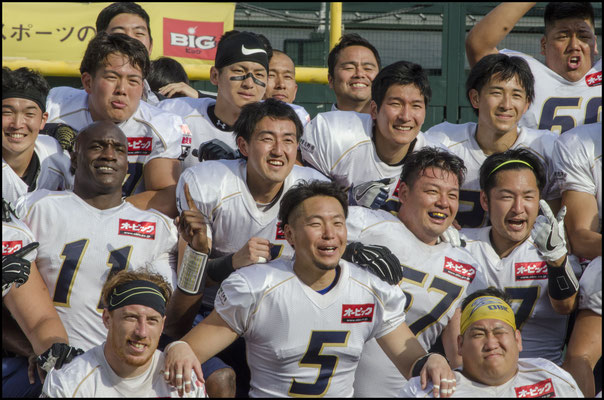 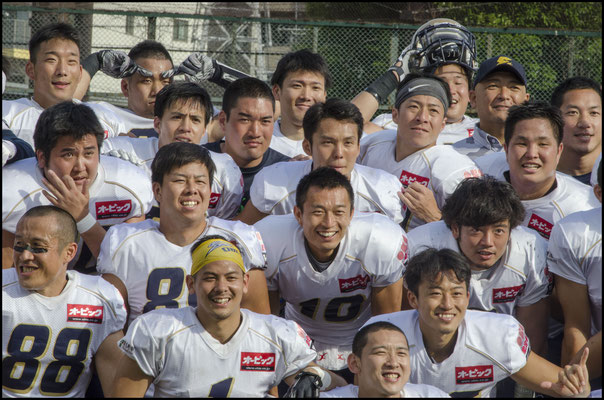 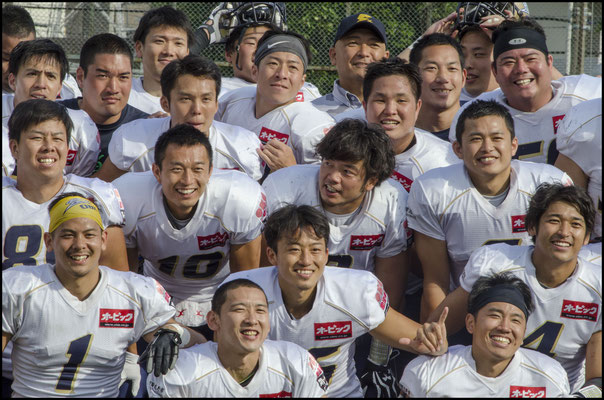 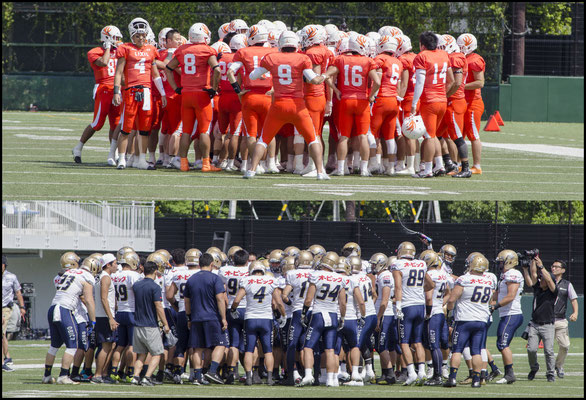