Sunwolves Change One For The Blues Clash

It has taken six matches of the 2018 Super Rugby competition but Sunwolves Head Coach Jaime Joseph has finally been able to retain the same side from the previous week’s match ... well minus one.

Grant Hattingh comes in to replace Sam Wykes in the second row and add an extra four centimeters in the height department. The 2.01 meter South African-born lock said, “I’m very excited to be back and, just really go out and have a good time and try and help us get our first win of the season.”

During the week, Joseph talked about the number of injuries that his team has had to deal with in the first half of the season. Injuries which have greatly affected the team structure and cohesion. With a mostly unchanged side for Saturday, the New Zealander expects his team to deliver a more composed performance especially in the set-pieces. “I think it’s nice that there aren’t many changes. It keeps the guys, the connections, the relationships close,” said Hattingh. Regarding the lineout issues he said, “I think there were one or two possibly personal errors you could say. You know the wind doesn’t help and I know it’s the same for both teams but it’s just getting the timing right between the relationships of the players and actually just knowing the player 100%. That is what we are going for this week.”

The Sunwolves will face the Blues from Auckland, New Zealand for only the second time in Super Rugby history. The previous time these two teams met was in July 2017 in Tokyo where the pitch-side temperature was recorded at a whopping 42 degrees Celsius. On that sizzling day, the more acclimatized Japanese side put the Blues to the sword, winning 48-21 and scoring nine tries in the process.

Thankfully for the Kiwi team, the weather for tomorrow’s game at Prince Chichibu Stadium will not be a major factor as cool spring temperatures are expected. In fact both teams will be determined to put in a good performance this weekend. The Sunwolves have been competitive in most of their matches this season but silly errors under pressure have cost the team soft tries to the opposition. “I think our biggest challenge has been our own mistakes. A lot of teams are scoring tries off our mistakes. You can see that the Sunwolves can play very good rugby, they can score lots of tries. It’s just doing our things right and not putting all the focus on other teams.” Hattingh said.

Similar to the hosts, the Blues have also been struggling to find form, losing to the Highlanders, Chiefs (twice), Stormers and Sharks. Their sole win of the competition was a come-back victory over the Lions in Johannesburg. The Auckland-based team is currently rooted to the bottom of the New Zealand conference and has picked up a reputation of promising so much but delivering so little. Of tomorrow’s match, Tana Umaga, the Head Coach of the Blues outfit said, “We’re obviously very motivated, a bit like the Sunwolves we haven’t been performing as well as we would like. So look, we have a determined team to do well here as well.”

The Blues have run hot and cold. The Aucklanders pushed the Chiefs hard last week, showing guts and determination in defense. It was a huge improvement from the game before when they conceded 60 points at home to the Sharks. “We’ve been close. Some things haven’t gone our way so we’re not far away from what we believe is getting through that. We’ve just got to keep positive which we do. As I said we’ve got a motivated side to try and change that around,” said Umaga. So the question is; which team will turn up to play tomorrow? If the Sunwolves can cut down on their mistakes that lead to easy points for the opposition and if the Blues can shake off their lukewarm shackles and play a complete 80 minutes then, it’s anybody’s game.

Hattingh added, “Like I said, if we just stick to the least mistakes as possible tomorrow I think we can, not just win but do really well tomorrow.” 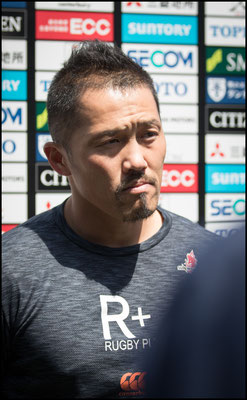 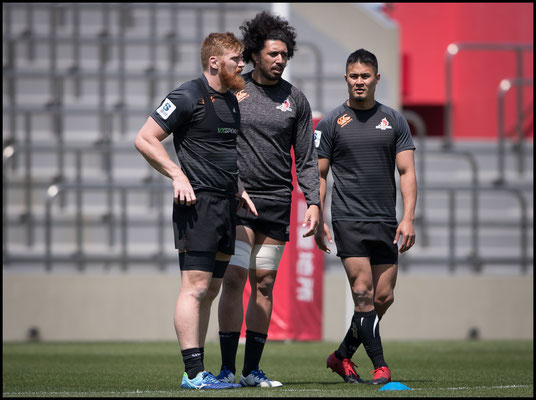 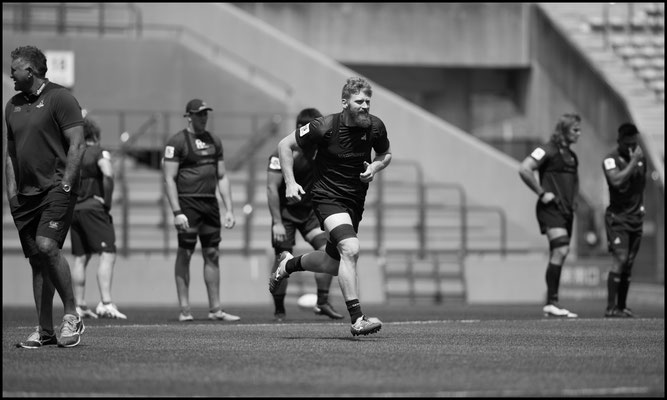 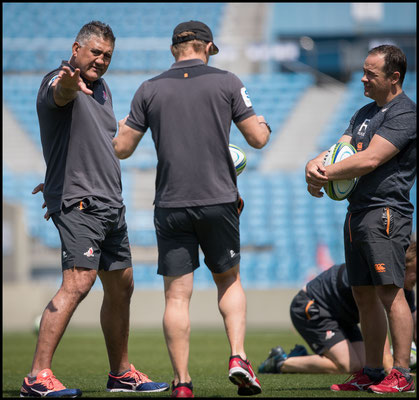 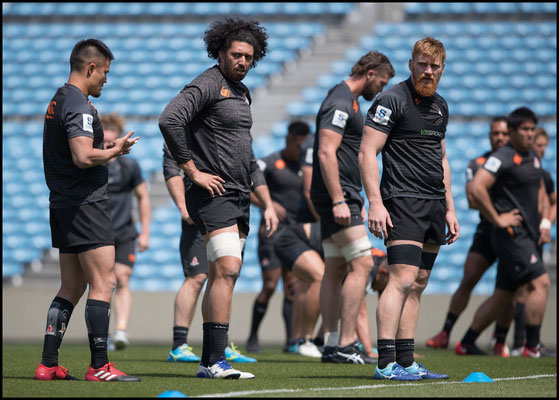 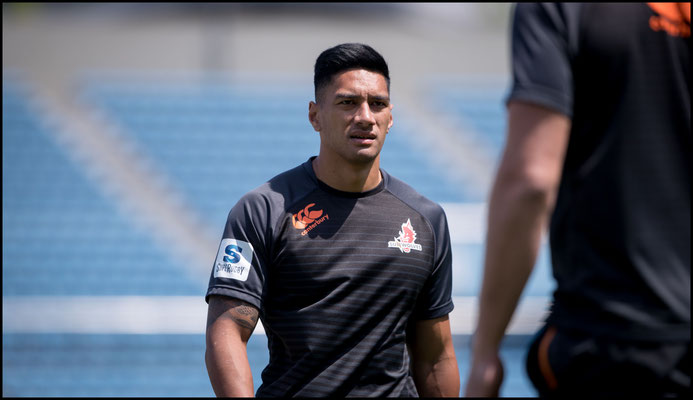 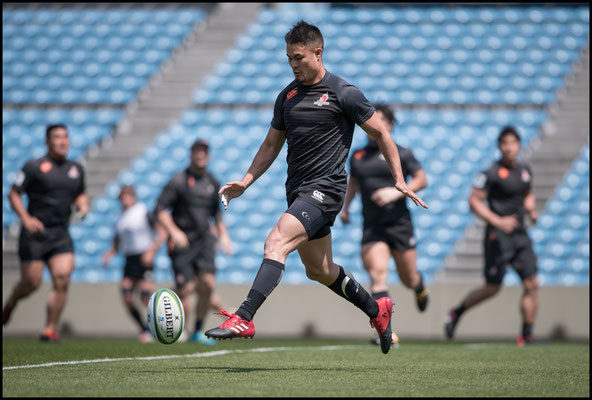 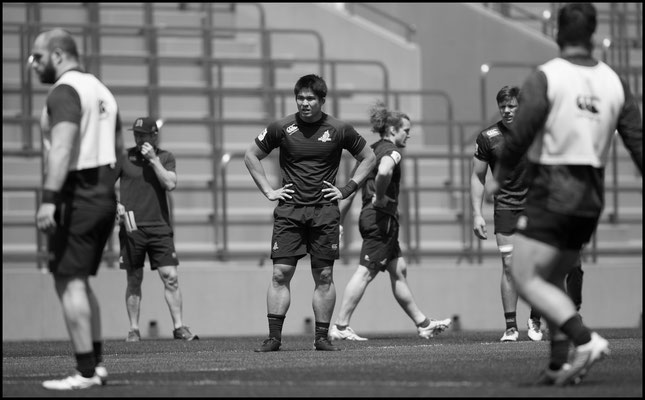 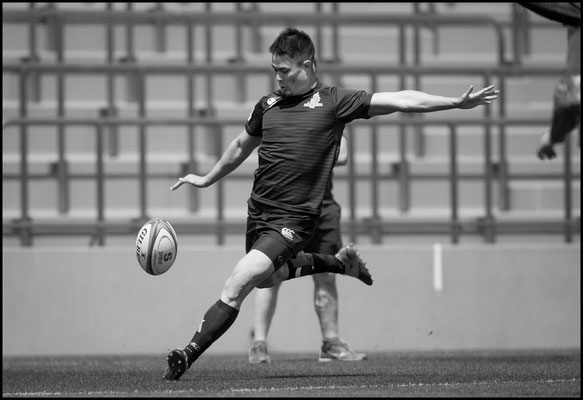 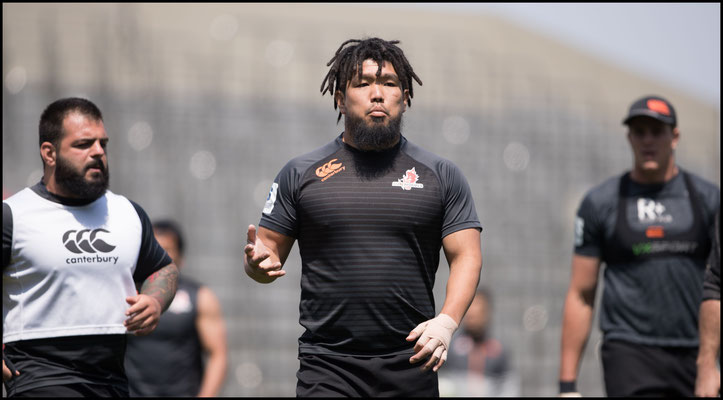 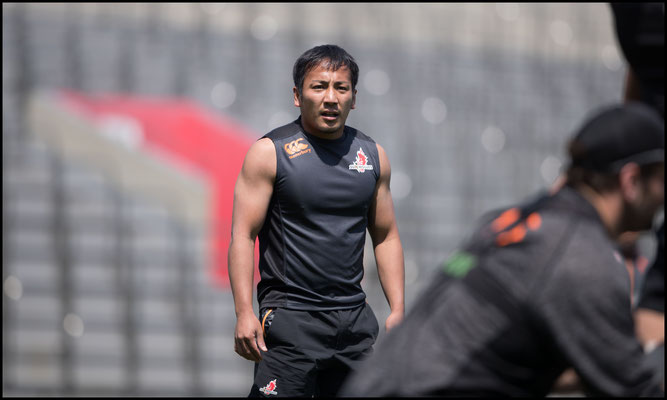 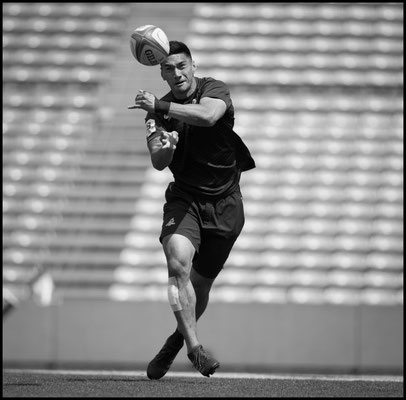 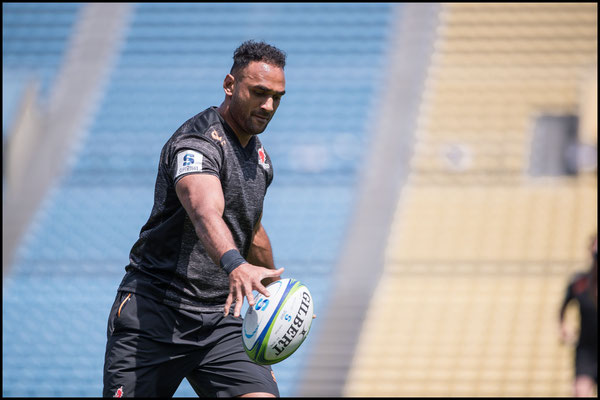 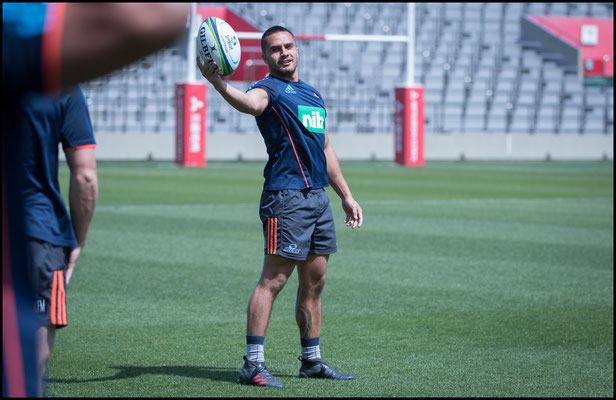 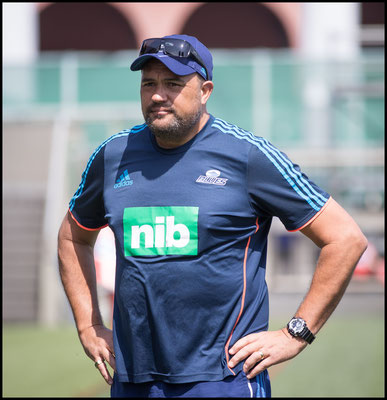 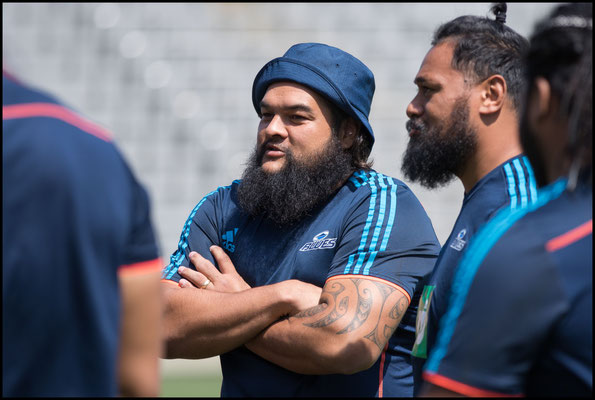 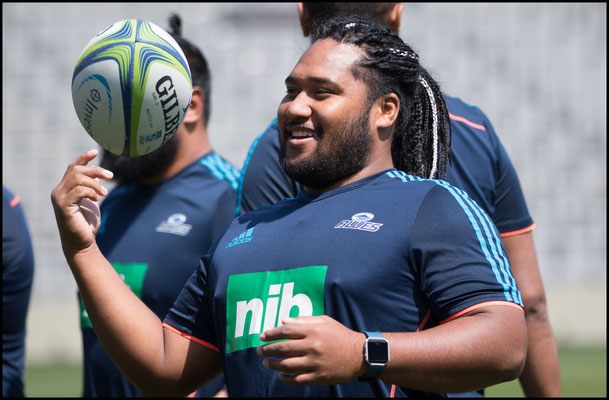 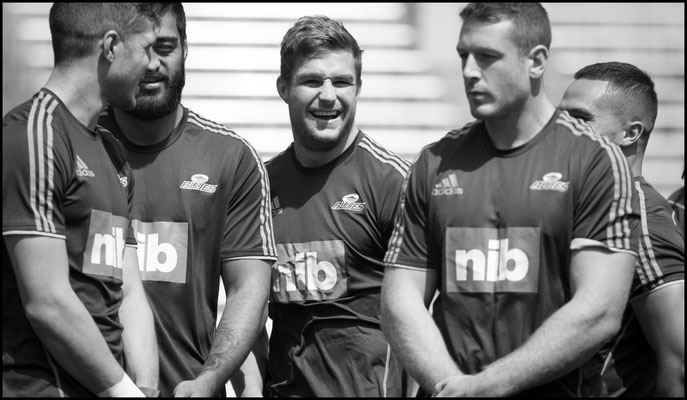 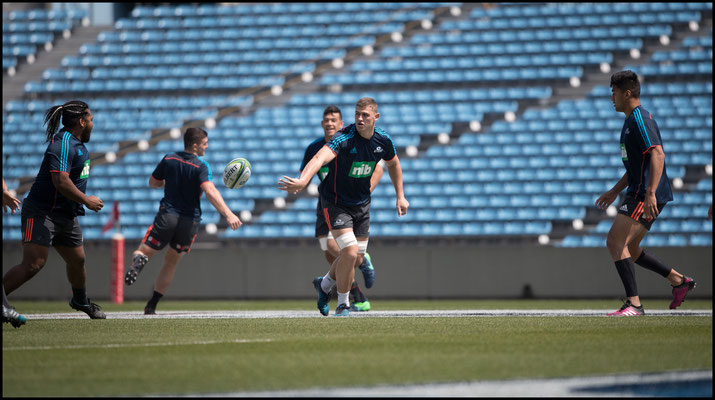 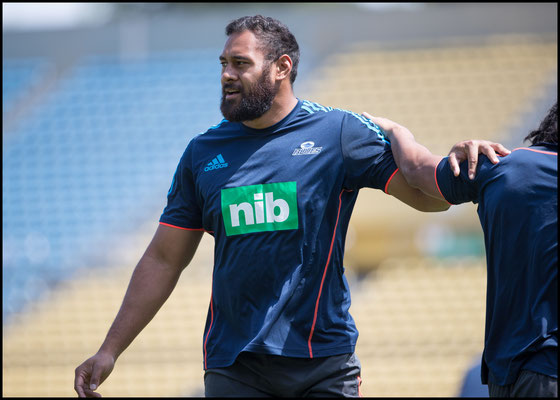 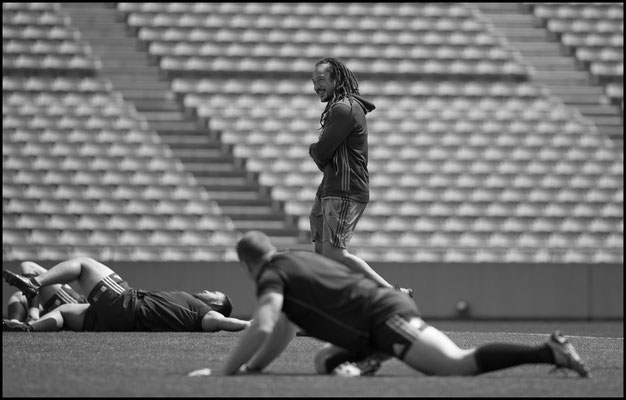 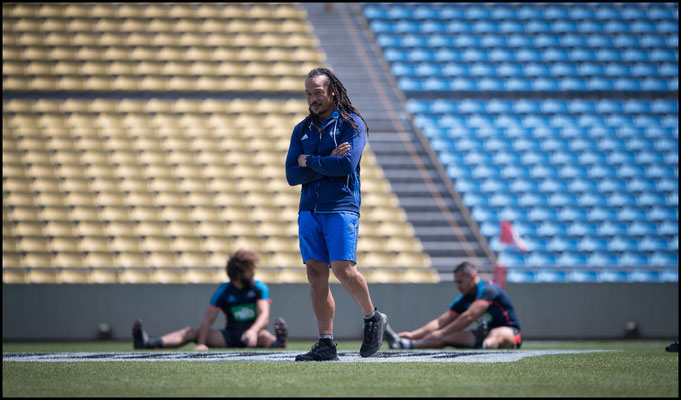 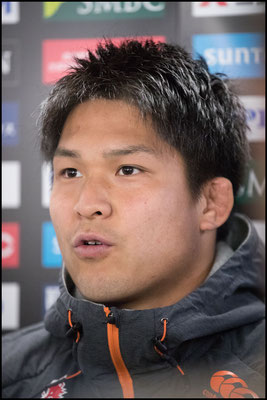 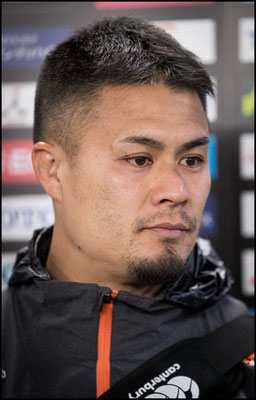