Injuries have forced Sunwolves Head Coach Jamie Joseph to reshuffle his side for the match against Melbourne-based Rebels Saturday at Tokyo’s Prince Chichibu Memorial Stadium. A bruising 32 - 25 loss last Saturday put six players on the injury list. “It’s unfortunate that we suffered quite a few injuries playing against the Brumbies last weekend. But this is Super Rugby and we need to adapt because this kind of thing will continue to happen,” said Joseph.

In the forwards, the back row loses blindside flanker Kazuki Himeno to a hip strain but sees the return of former Chiefs player Michael Leitch lining up as his replacement alongside Ed Quirk and Pieter Lappies Labuschagne. “I am starting to feel good now and I haven't felt this good in a long time so I'm pretty excited to go out there and start playing some rugby,” said national team hero Leitch, who is playing his first game for the Sunwolves. Forming the second row is Sam Wyes and partner Willem Britz, who shifts from no. 8 to lock to cover for the injured Grant Hattingh. The only change in the front row is New Zealand loosehead prop Craig Millar switching with Keita Inagaki who goes to the bench. The Sunwolves backline sees the most change with the entire back three out of the starting line-up due to injury. Last week’s rampaging wingers Hosea Saumaki and Lomano Lava Lemeki are out with an MCL injury and fractured hand respectively. Their replacements, speedy Akihito Yamada and the robust William Tupou will take the positions on the wings while Robbie Robinson who played at fly-half against the Brumbies will fill the full-back role as Jason Emery has also picked up a fracture on his right hand. “I’ve gone with Tupou to replace Saumaki because he’ll bring a physical presence and his fitness levels are good,” said Joseph. “He hasn’t played a lot of rugby recently but he’s fresh and raring to go.”

Scrum-half Nagare will once again captain the side but for this match he’ll pair up with Hayden Parker at no. 10. while Ryoto Nakamura and Timothy Lafaele cover the mid-field. “We’ve had a lot to think about from last week’s game against the Brumbies. We managed to play some good rugby and I thought that even though we controlled the game well in the first half, crucial mistakes cost us a victory,” said Nagare. “So we want to be able to give the fans something to cheer about this week.” There are four new caps on the bench. Prop Atsushi Sakate comes in for the injured Georgian Jaba Bregvadze. Loose forward Yoshitaka Tokunaga, Kubota Spears center Harumichi Tatekawa, and the youngest member of the squad, promising Tokai University graduate, Ryuji Noguchi who will provide cover at full-back. Sunwolves Defense Coach Scott Hansen said, “We've had an opportunity to learn from the Brumbies game in both attack and defense so this week we're hoping to put that learning into practice. We've had good preparations this week. Some boys have an opportunity to play and so they'll take that opportunity tomorrow.”

The Rebels will be brimming with confidence as they dismantled the Reds 45 – 14 last week scoring six tries to three. Head Coach David Wessels has retained the same starting line-up for the Sunwolves and has only had to make two changes in the reserves. Wessels has named a strong Rebels side, one which boasts 10 international players including nine Wallabies and the Tongan-born Japanese international, Amanaki Lelei Mafi.“ Regarding Mafi, Scott Hansen said, “Obviously he's well-known to the Japanese boys and a very good player so hopefully tomorrow we can limit his opportunity across the game.”

The powerful front row has hooker Jordan Uelese packing down with Jermaine Ainsley and Wallaby team mate Tetera Faulkner. Captain Adam Coleman who receives his 50th Super Rugby cap and fellow Wallaby Matt Philip make up the second row with an all-international back row of Lopeti Timani, Angus Cottrell and no. 8 Mafi. Half-back Will Genia is key for the Rebels in their attack and will need to be closely watched by his opposite number and the back row of the Sunwolves. “We have to understand the influence Genia will have on the game. We have to defend well around those fringes but we understand Genia’s a class player, we understand that he's going to the lead their team on. We have to be smart.” said Hanson. Genia will form a half-back partnership with playmaker Jack Debreczeni who contributed 17 points to the Rebels win last Friday. Alongside Debreczeni in the mid-field is Australia center Reece Hodge and future Wallaby Tom English with young emerging star Jack Maddocks on the right wing and the big Fijian-born Sefa Naivalu who scored two tries against the Reds on the left. The experienced former Western Force star Dane Haylett-Petty at full-back completes a formidable back three.

Saturday’s match is not only a Super Rugby fixture but also the ‘Ganbatte Cup’, which was inaugurated when the sides met in 2016. On that occasion, the Rebels comfortably won 35 - 9 and the Cup will now be defended for the first time. The Sunwolves have another tough match on their hands and will need a big defensive effort in order to shut down the Rebels loose forwards and backs. “The expectation for me is making tackles. How the players can influence the game is by being committed to the mind-set we want around line speed, also being really good communicators, organizing the forwards around and giving the guys confidence,” said Hansen. “But as I said a pretty simple role in defense is making your tackles and looking after your mates and we're very lucky that the Sunwolves have got a really strong culture about looking after one another and we strive to do that every weekend.” 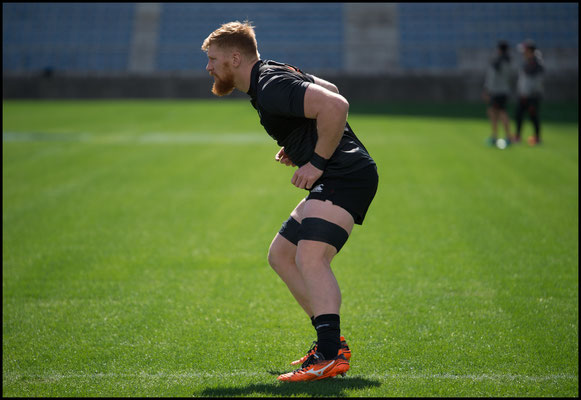 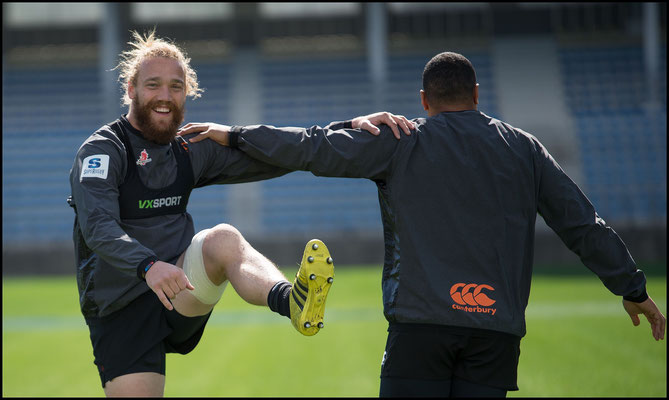 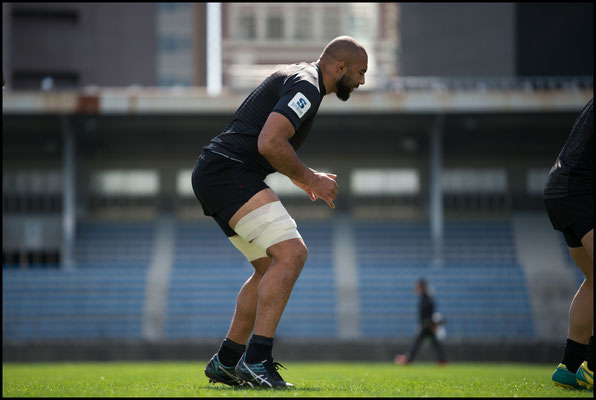 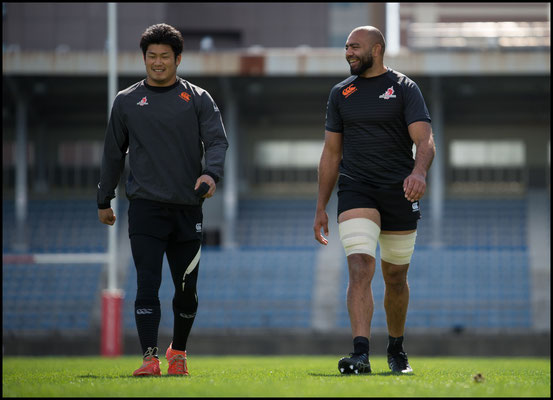 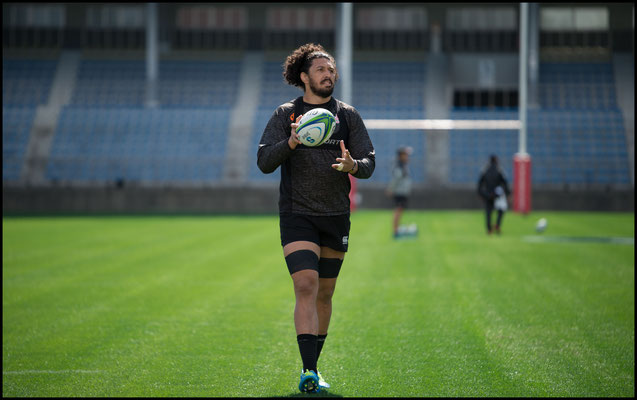 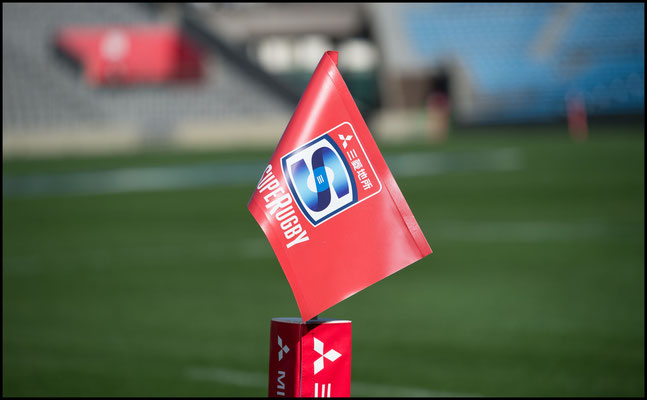 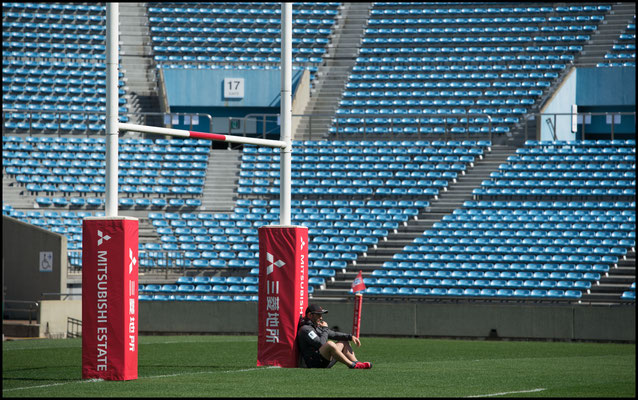 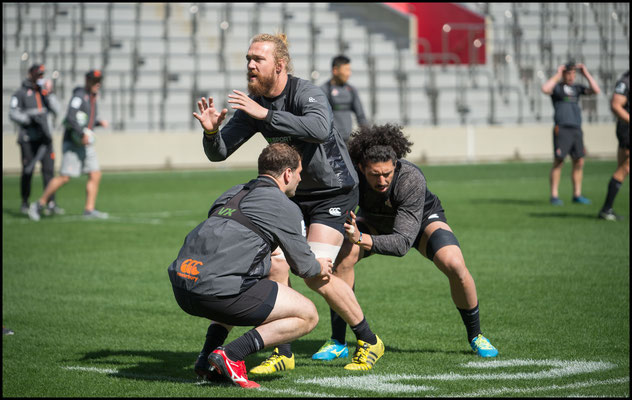 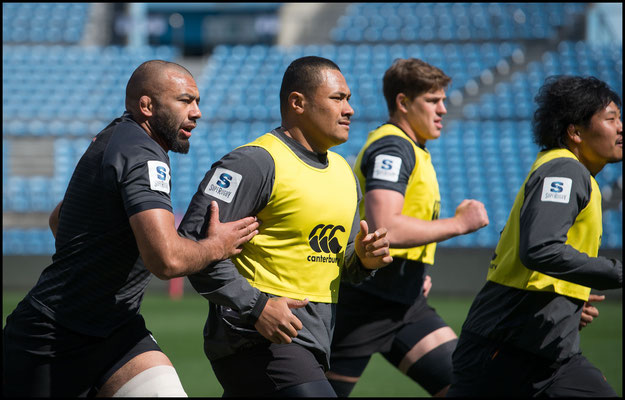 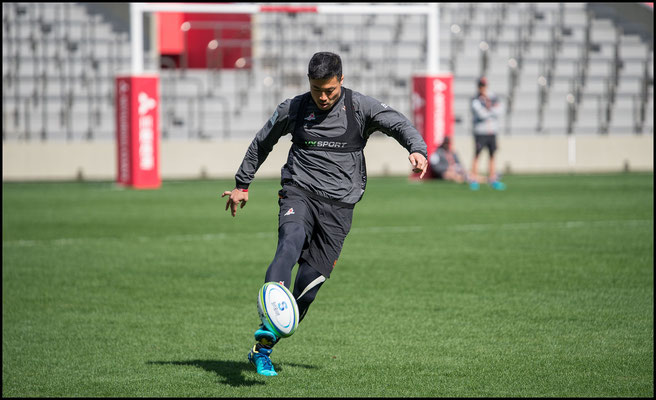 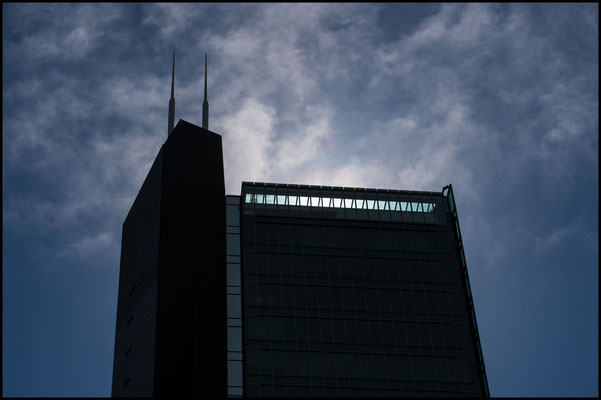 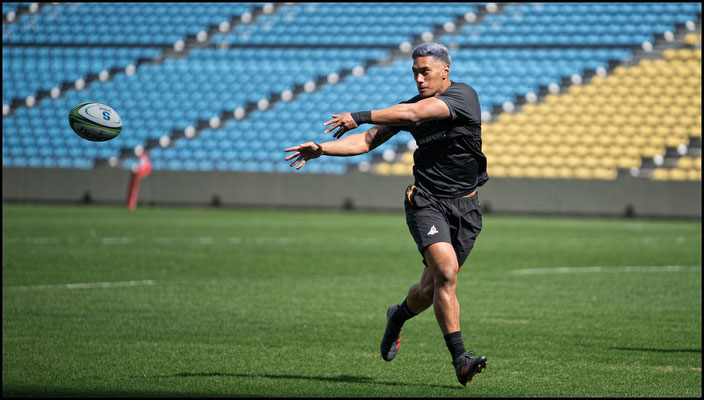 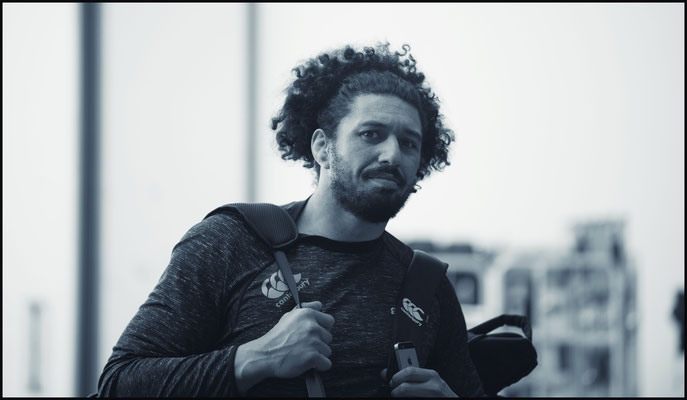 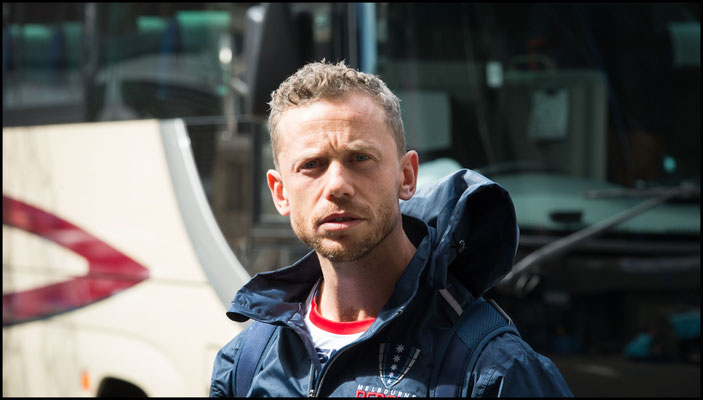 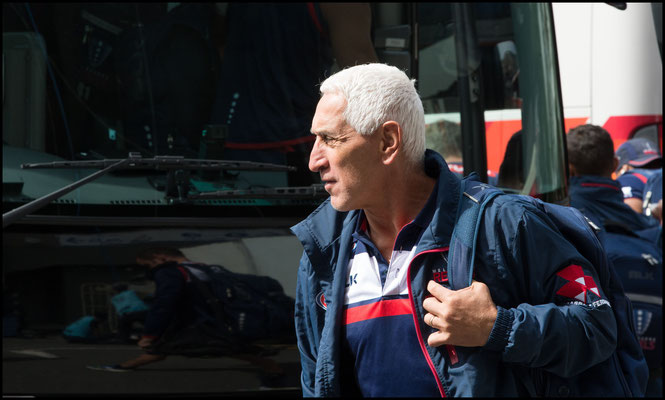 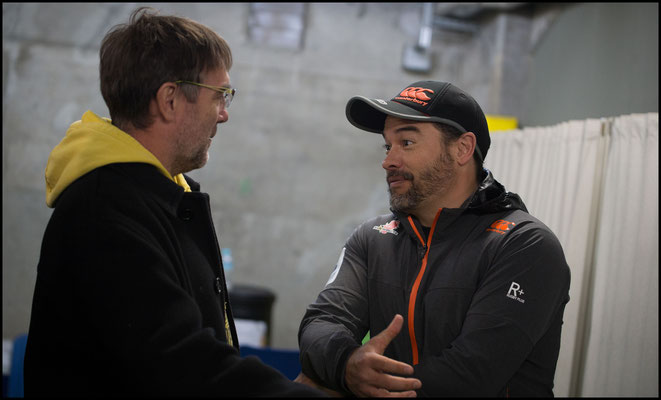 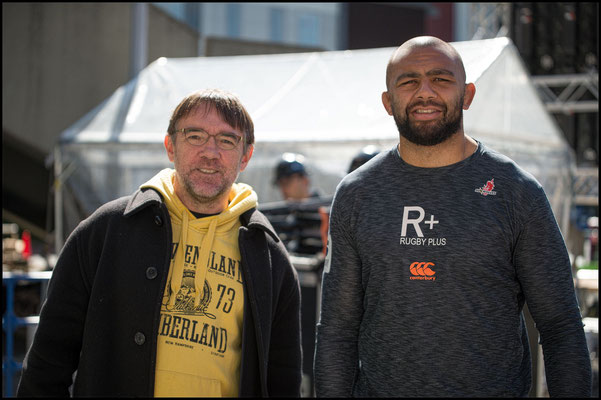 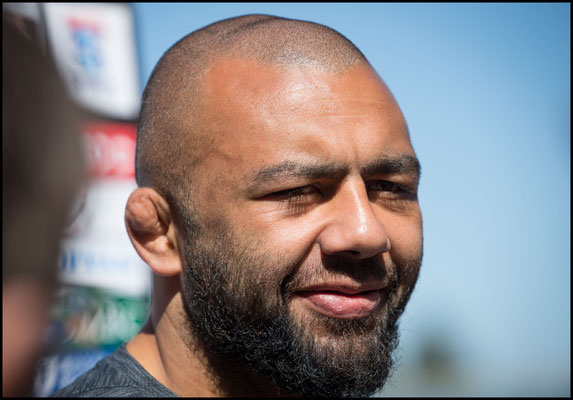 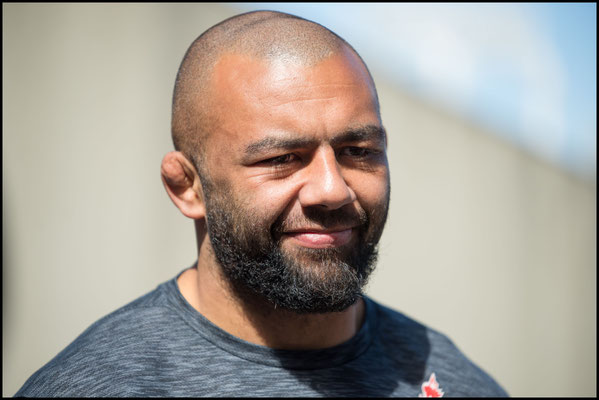 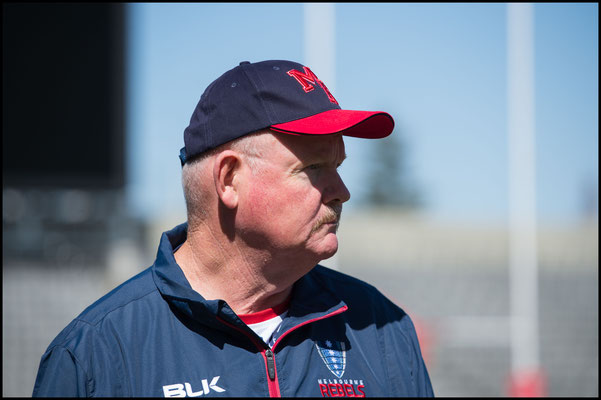 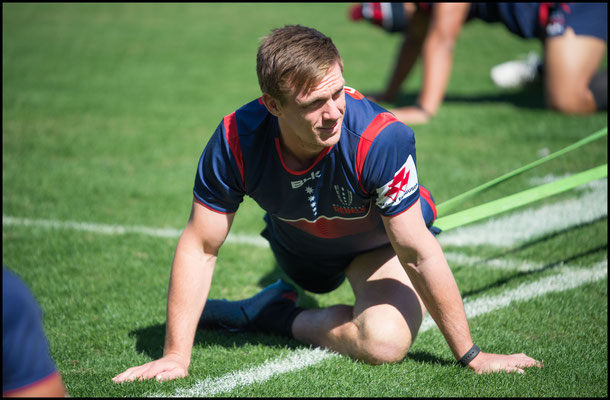 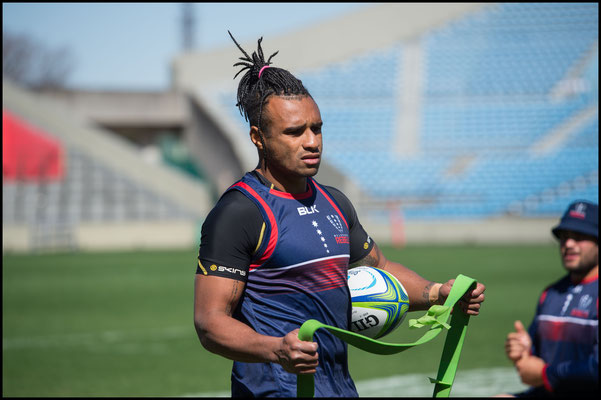 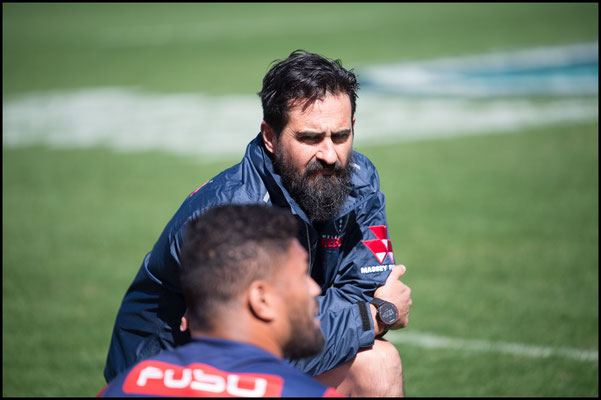 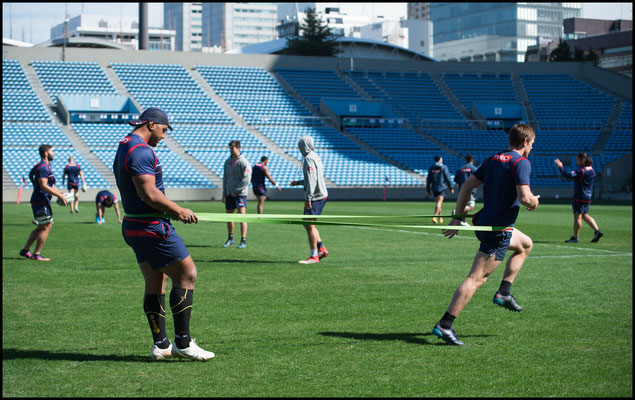 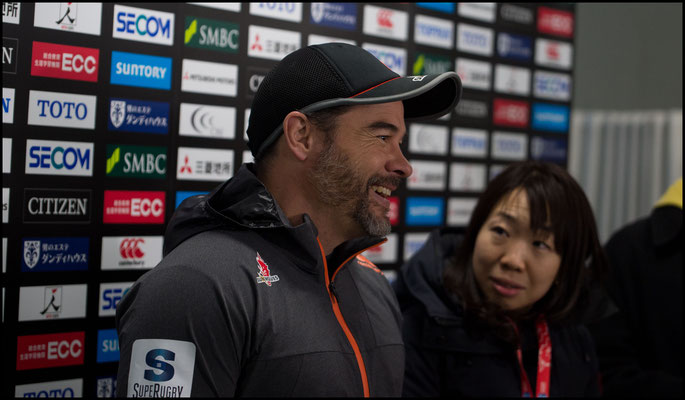